The Nineteenth National Congress of the Communist Party of China is a very important conference held in the crucial stage of the completion of a well-to-do society and a period of socialism with Chinese characteristics. It is a grand event attended by the whole party, the people's expectation, and the world's attention. In the field of new energy vehicles, what are the sixteen representatives of Miao Tao and Xu Heyi? 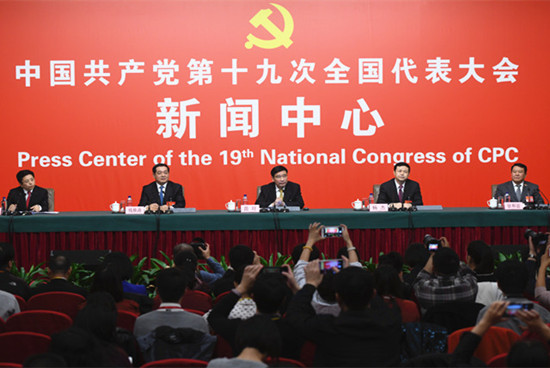 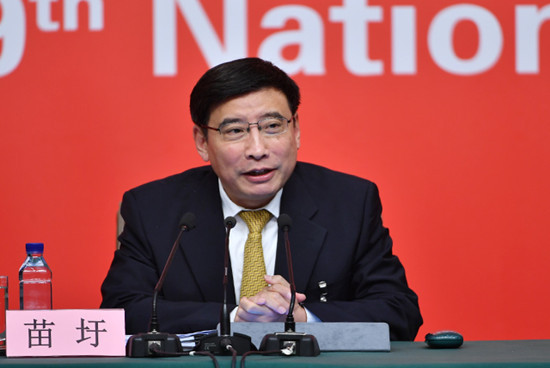 When talking about how to regulate and guide the healthy development of the new energy automotive industry, Miao Wei, secretary of the Party Group and Minister of the Ministry of Industry and Information Technology, said that in the development of new energy vehicles last year, there were a few loopholes in the corporate drilling policy and fraudulent subsidies were made. We have investigated and dealt with five automobile manufacturers. At the same time, the subsidy policy was revised and improved. At the end of last year, the financial subsidy policy was relegated, and some time after the retreat, it did have some impact on the development of new energy vehicles. However, fraudulent subsidies are after all a small part of the company's illegal behavior, most companies are still good.

Nineteenth Congress Xu Heyi: By 2035, China's own brand of new energy vehicles will surely rank among the world's top echelons 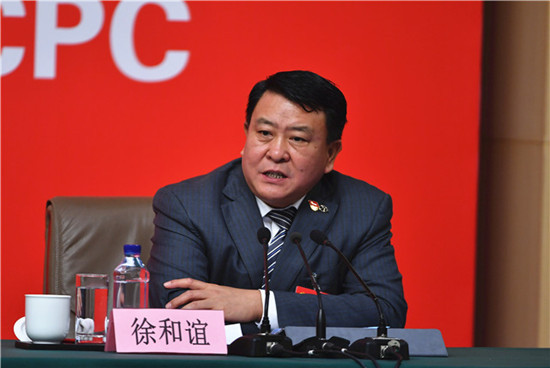 Xu Heyi, party secretary and chairman of Beijing Automobile Group Co., Ltd., said that the report of General Secretary Xi Jinping showed that the party and the country have placed â€œgreen developmentâ€ in a more prominent position, and will continue to strengthen the promotion and use of new energy vehicles. Further increase the structural transformation of the traditional fuel vehicle industry. "From the way that fuel trucks were produced for decades, we have accumulated experience and strength. Similarly, our own brand of new energy is not lost to anyone. We have such a disheartened attitude. We have such ability!" by 2035 China's own brand of new energy vehicles will surely rank among the top echelons in the world.

For the development of new energy vehicles in China, Xu Heyi said that in the future, the development of the new energy automobile industry needs to be driven by the market, and in the case of gradual opening of the market, through the competition between independent brands and through the competition of independent brands and foreign companies to promote new energy The development of the automotive industry has taken shape. In the face of future market competition, China's new energy automotive industry must truly transform its first-mover advantage into a leading advantage, and it is necessary to continue to increase the training of talented people and improve their innovation capabilities.

For the problems and challenges facing the new energy industry, Xu Heyi said that the development of a new thing will always experience some difficulties. With the phenomenon of "cheat compensation," individual companies have become a black sheep in the whole industry, which has brought about a certain impact on the development of the entire new energy industry. The Chinese government authorities quickly corrected the problem, intensified efforts to investigate and punished, and revised and improved the original policy. At present, there are indeed some challenges in our country. Xu Heyi believes that it is battery technology and light weight. 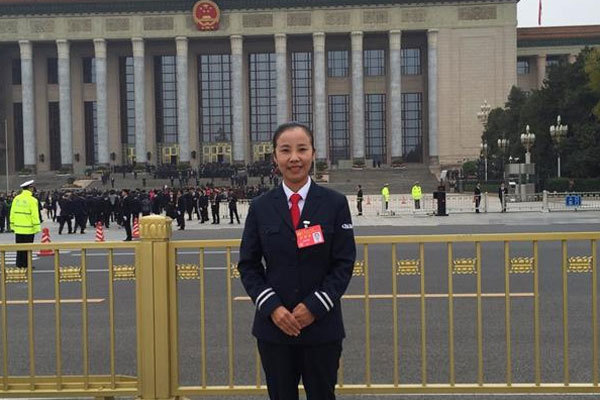 The "green travel" mentioned in the report of the 19th Congress left a deep impression on Chen Xiuna, the representative of the driver. She said that in the past she had been driving a petrol car, she had to keep shifting gears while she was on the road, she had no air conditioning, and she was tired and hot in the day. Nowadays, all buses in Ningbo have air-conditioners, not only hybrid vehicles, but also more and more new energy trams. Ningbo Public Transport has opened the world's first supercapacitor energy storage modern tram bus line 196, eliminated nearly 2,000 buses and taxis, and the proportion of clean energy buses reached 52.6%. Now that Ningbo has experienced more days, air quality has become better.

As a party representative of the grassroots public transport system, she hopes that the country will continue to increase the supply of environmentally friendly new energy buses, support and help bus companies to do a good job of "carbon emissions trading" and protect clear water and blue skies. At the same time, she hopes that there will be more road bus lanes in Ningbo in the future. There will be no time limit so that buses will be faster and faster, and more people will be riding.

Chen Xiuna said that to build beautiful China, green travel is very important. The more attention the country places on new energy vehicles, the more blue skies and white clouds on the sky will make it more convenient for citizens to travel, and the peopleâ€™s sense of acquisition will be even stronger. 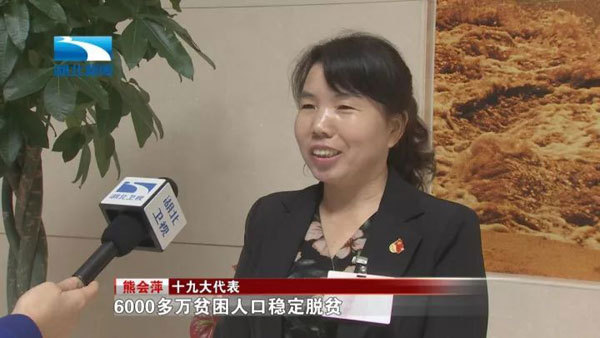 Xiong Huiping is a bus driver of the 27th bus company of Xiangyang City, Hubei Province. In the past 16 years, she has been escorted on buses and she has been safely out of the car for more than 5,000 times, driving more than 600,000 kilometers. Today, Xiong Huiping drives the comfortable and environmentally friendly new energy buses to the city every day.

"From diesel buses, gasoline buses, natural gas buses, and now to pure electric buses, public transportation is becoming more and more environmentally friendly and more and more comfortable." Talking about the changes in buses in his hometown, the 19th representative of the CPC Xiong Huiping It is said that the concept of green travel is deeply rooted in people's minds. In a small bus, people can witness the constant escalation of people's green travel.

When it comes to electric buses, Xiong Huiping said that the vehicle uses electric start, variable speed, and hydraulic boosting technology. â€œIt's stable and smooth, and there is no noise.â€ Compared to traditional buses, the new energy bus ride comfort is Greatly improved. The convenient and affordable green way of travel has become the first choice for the people. 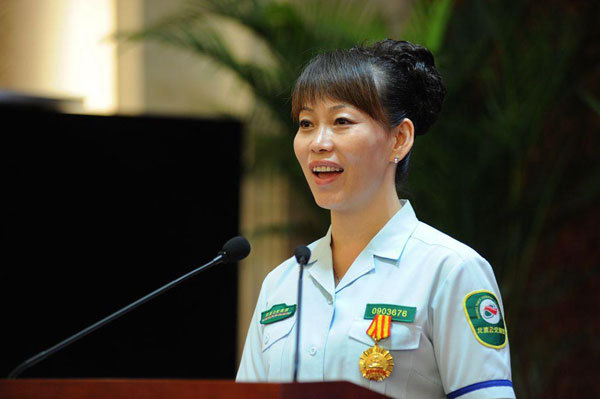 Liu Meilian has been working in the Beijing Public Transport Group for 21 years as a driver of the tram passenger branch company. For 18 years, she was driving a bus through the streets of Beijing City. There was no violation of the regulations and a safe driving of 380,000 kilometers.

Liu Meilian said that General Secretary Xi Jinpingâ€™s report pointed out that in order to reduce energy consumption and material consumption, it is necessary to create actions such as creating energy-saving organs, green families, green schools, green communities, and green travel, and also to win the battle to defend the blue skies. â€œThis is very much related to our bus system. Letâ€™s say the bus. For the blue sky in Beijing, the whole group has 1,133 dual-source trolleybuses and 1,677 pure electric vehicles. The bus lanes are now more than 800 kilometers. The new edition of the Beijing City General Regulations requires that we reach 1,500 kilometers by 2020. The publicâ€™s priority lies in giving priority to the people. This gives me a deeper understanding of what the report calls â€œThe beginning and mission of the Chinese communists is to make happiness for the Chinese people. For the Chinese nation to rejuvenate; more deeply feels our Partyâ€™s determination to make a happy life for the people.â€

Nineteenth Representative Yang Bin: The Sub-center will behave in green 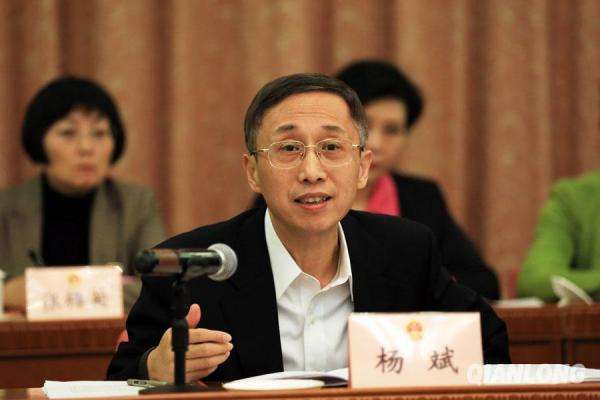 Yang Bin, secretary of the Tongzhou District Party Committee, said that the urban sub-center is built in a part of the built-up area, not a blank sheet, and it should be built into a world-class demonstration area of â€‹â€‹harmonious and livable capital, a new urbanization demonstration area, and coordinated development of the Beijing-Tianjin-Hebei region. Demonstration areas should be carefully planned in terms of traffic, population control, and environmental protection in response to several characteristics of urban diseases. To solve the problem of traffic congestion, Yang Bin proposed that the traffic function planning of the urban sub-center is basically a green behavior.

In terms of environmental governance, Yang Bin said that air pollution prevention and control is the biggest main target. During the Blue Sky Battle this year, Tongzhou adopted the most stringent measures in the city, including taking the initiative to limit large vehicles, strictly controlling dust, and eliminating backward production capacity. No coalification and so on. Through these comprehensive measures to improve the ecological environment.

We can provide all kinds of Expansion Tank Cap with high quality and reasonable price. Also, you can tell us the OEM No or other informations about the parts you need, we will try our best to provide.