In the 1990s, Qingling, Jiangling, and Beizhong introduced Japanese Isuzu technology, which opened the glory days of Isuzu in China. As for the introduction details, we only know that except for the full technical drawings of Isuzu in Japan, other brands have only obtained joint ventures and production licenses. Later, Kitakami was taken down by Fukuda, and since then, Isuzu technology of authentic descent has been officially used by Fukuda .

With the rapid development of China's economy, the logistics industry has put forward higher requirements for the engine. At this time, Fukuda has been in the world's top technology platform such as Europe, America, Japan and Japan, constantly upgrading and upgrading Isuzu Power, and upgrading the core technology 4JB1 engine of Isuzu Technology to the national six emission standard.

In 2018, after several years of integration, the three top companies of Germany Mercedes-Benz , Austrian AVL and Bosch of Germany were realized, and the innovation and upgrade of the original Isuzu Power by the most advanced technology in Europe was realized. 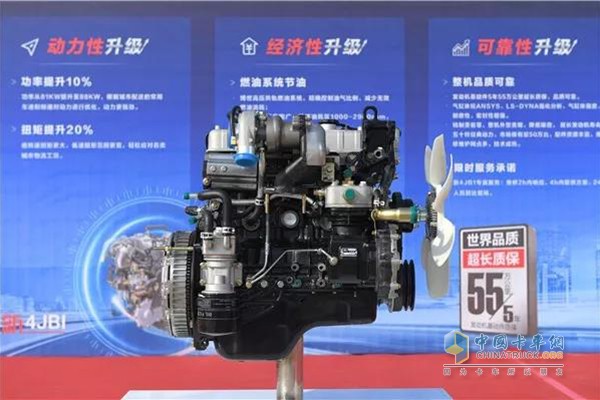 In 2018, Ao Ling re-examined and positioned its own brand, and the market positioning of Oring TS was more accurate and clear. In terms of power, the direction of â€œfrom the classics, beyond the classicsâ€ is more heart-warming and more realistic. Based on the classic Isuzu power, Bosch's latest high-pressure common rail fuel system is used to accurately control the proportion of oil and gas, so that in the process of power transmission, the consumption can be effectively reduced, and the economy can be improved by 5%. The lightweight design of the vehicle makes it easy to meet the needs of users who are more fuel efficient and have lower transportation costs during transportation.

The Isuzu 4JB1 engine, which has been hailed as a generation of gods by the light truck, has been given a fresh European pure bloodline, once again appearing in front of the light truck in the form of a king. In addition to inheriting the market reputation of â€œvery fuel-efficientâ€, it also incorporates â€œsturdy and durableâ€. "The reliable quality makes the Belle TS equipped with the new 4JB1 engine shine together. 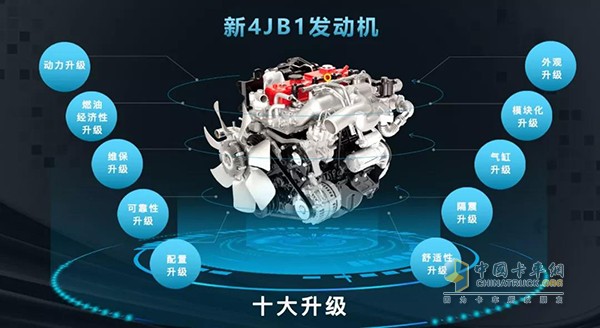 It is believed that in the 1990s, when Fukuda harvested the full technical drawings of Isuzu, it had already prepared the world's leading technology and became the leading brand in the industry. O'Brien is born for this purpose, and the new 4JB1 engine is also born for the Austrian Bell TS, born for the Austrian brand of light trucks.

In modern CNC systems, end-to-end component design is highly automated using computer-aided design (CAD) and computer-aided manufacturing (CAM) programs. The programs produce a computer file that is interpreted to extract the commands needed to operate a particular machine by use of a post processor, and then loaded into the CNC machines for production. Since any particular component might require the use of a number of different tools â€“ drills, saws, etc. â€“ modern machines often combine multiple tools into a single "cell". In other installations, a number of different machines are used with an external controller and human or robotic operators that move the component from machine to machine. In either case, the series of steps needed to produce any part is highly automated and produces a part that closely matches the original CAD design

Computer Numeric Control (CNC) is the automation of machine tools that are operated by precisely programmed commands encoded on a storage medium (computer command module, usually located on the device, see picture right-->) as opposed to controlled manually by hand wheels or levers, or mechanically automated by cams alone. Most NC today is computer (or computerized) numerical control (CNC), in which computers play an integral part of the control.

The photos of our related CNC Machining Parts: 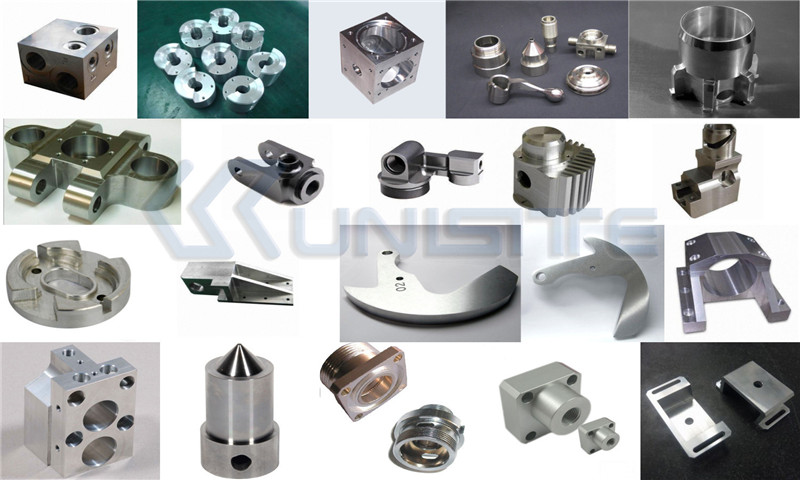 CNC-like systems are now used for any process that can be described as a series of movements and operations. These include laser cutting, welding, friction stir welding, ultrasonic welding, flame and plasma cutting, bending, spinning, hole-punching, pinning, gluing, fabric cutting, sewing, tape and fiber placement, routing, picking and placing, and sawing.