In the survey of institutions since September 2017, â€œsupply in short supplyâ€ is a high-frequency term used by many companies to describe the production of their products. These companies are mainly concentrated in such fields as small-pitch LEDs, new energy auto parts , and various new materials. To increase production capacity by expanding production lines has become their common choice. 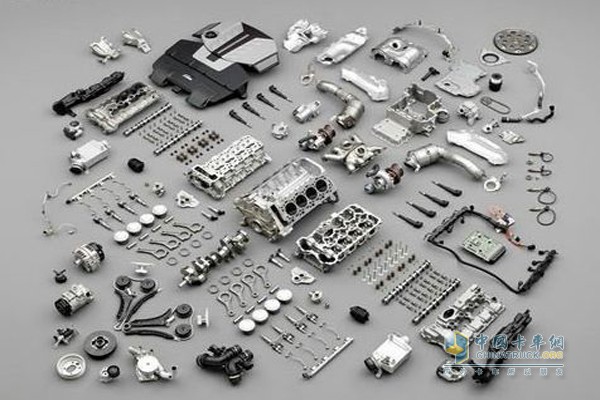 Automotive parts and new materials are in short supply

In the survey conducted by Great Wall Securities, Lianjian Optoelectronics made it clear that 2016 was a year in which small-pitch LED displays ushered in explosive growth. In the first half of 2017, this trend continued. The companyâ€™s wholly-owned subsidiaries jointly built limited-pitch product revenue for three consecutive years from 2014 to 2016 and maintained high growth rates, reaching 105 million yuan, 148 million yuan, and 274 million yuan respectively, and further increased to 194 million yuan in the first half of this year. Year-on-year increase of 166.33%.

Also benefiting from the shortage of small-pitch LED products is Liad. On September 28, when the company received an investigation from the Fund of E Fund and other institutions, as of August 18, the company signed a new contract of 1.55 billion yuan for small-pitch televisions (which belong to the small-pitch LED industry), an increase of 41% over the same period of last year. From January to June 2017, the revenue was 784 million yuan, an increase of 62.58% over the same period of last year. During the reporting period, the gross margin of TV with small gaps remained at 40.93%. In terms of industry prospects, Liardanâ€™s secretary-general Li Nannan predicts that 2016-2018 is the LED outbreak of small-pitch TVs, and the industryâ€™s growth rate will remain basically between 40% and 60%. At the same time, overseas markets are gradually recognizing small-pitch televisions, and once the outbreak will bring greater market space.

The hot market for new energy vehicles has caused orders for listed companies in the industrial chain to increase significantly. The precision forging technology that recently invested in new energy automotive gear production projects clearly stated in the joint research of the organization that so far the supply of products is still in short supply. Although the completion rate of orders in the second quarter was more than 70%, which was better than the first quarter, the pressure on delivery was still relatively large. From the current point of view, orders in the second half of the year will continue to maintain the growth trend in the first half of the year.

Survey documents show that precision forging technology will output more than 50 million pieces this year. In the face of this shortage of supply, the company will simultaneously carry out technological transformation to increase production capacity. Specific measures include the construction of new project plants. For this purpose, 150 acres of land will be newly acquired this year. The company said that this will effectively support the increase in production capacity in the later period.

Keheng, which specializes in the development of high-performance rare earth luminescent materials and lithium-electric materials, revealed earlier this month that Sinopec Corp.â€™s 500-ton/month project in Jiangmen and the 300-ton/month production capacity in Yingde project are basically full. Monthly production and sales of 800 tons. Due to the fact that the production capacity is basically full, the expansion plan of Yingde Germany's second phase of not less than 3,000 tons/year will accelerate, and preliminary construction work has begun. It is expected that capacity will be formed in the first quarter of next year. The company's future positive electrode material production center will be mainly in Britain and Germany.

In order to meet the growing market demand, the company plans to invest 76 million yuan to build an expansion project with an annual output of 50,000 tons of rock wool products. At present, the work of equipment purchase and other work has started, and it is striving to produce one line at the end of the first quarter of next year, and it is expected to start production by May next year.

In addition, Sanchao New Materials also said that the company's orders were full and the capacity utilization rate was still at a relatively high level during the survey conducted by the agency. This was due to the explosive growth of downstream demand for its diamond products.

Electric bicycles environmental protection, electric vehicles will not discharge toxic gases, causing air pollution, which is the first major advantage of electric vehicles compared to cars and other means of transport. Some people may say that the electric car battery with bad, it will cause pollution, this view has been not realistic. Because now there is a battery repair technology, can quickly repair the old battery, the old battery can still buy and sell money, and can achieve the unified management and disposal of used batteries, so the electric car is a kind of not pollute the environment Green transport. Energy: the same 100 km walk away, the car generally 5-15 liters of gasoline, motorcycles have 2-6 liters of oil, but the electric car as long as about 1-3 degrees. In the world of energy crisis is increasing, the electric car is a very sensible choice. Save money: due to energy saving, the use of electric vehicles than other means of transport to save more. For example, the same use of the journey (according to about 1,000 kilometers per month), the use of cars to spend 600 yuan; the use of motorcyclists to 200 yuan, and electric cars were only 30 yuan. Therefore, the electric car by the masses of the people welcome. Save trouble: now with fuel trucks, in addition to refueling expensive, there is a difficult problem of refueling. With the sharp rise in international oil prices, the rapid increase in the total domestic automobile, China's oil shortage problem has become increasingly prominent. Many gas stations can not be all-weather trip to open the supply of gasoline, the results of car owners often have to line up and other fuel. Sometimes finally routed to, was told that the oil did not, and there is no gas station near the whole life arrangements have been disrupted. The electric car does not exist the problem of refueling, as long as the charge on time, in the daily city life can replace the car. Even if the occasional no electricity, the streets around the temporary charging point and the basement of the parking room can also be a good solution to the problem.